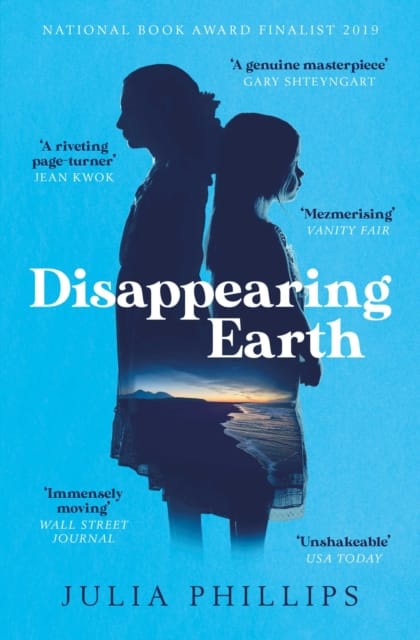 An unusual story, with a distinctly unusual setting. Being the remote Siberian Peninsula of Kamchatka on the northern Pacific Ocean and the Bering Sea.

It is a harsh landscape to set the events that follow after two sisters disappear one fine August day. We are witness to their trip to the beach while their mother is working, and then to their abduction.

The novel then follows, in chapter form, the following months of the year, through to the subsequent summer. Each section mainly focusing on the principal characters from four main families, and a cast of “extras”. Helpfully these are detailed in the front alongside a map of Kamchatka, and each household is listed alongside their given, their day to day familial name they are known by. This certainly makes the story easier to follow. It is wortth keeping an extra bookmark in this page!

This is not a harrowing tale but it is very revealing about Russian life, especially experienced through the harsh winter months, enlightened, in part, by a chapter for the New Year.

Characters cross over to connect the different households, and how the sisters disappearance affects their lives, and we witness not only the city life, but remote tribal regions; so as I read this book I was feeling very entrenched in Russian life.

Julia Phillips is an American writer who spent a year in Kamchatka, she has achieved a very convincing storyline, the authenticity of her settings are very realistic, and I was never left feeling that the writer did not know her subject.

This was a strangely satisfying read, and would certainly benefit from being read with more continuity than I was able to achieve. It received good reviews from my peers, and I can see that it would fit in well as a book club choice as there is plenty to discuss.